The “Best Science Writers” discussion panel featured three Boston area writers & educators*. These writers discussed how they translate complex research for the general public and other topics of interest to them.

The “Writing a Science Mystery Adventure” panel featured both local and national writers and educators in a discussion about the art of writing a science mystery adventure.

The “Science in Science Fiction” panel also featured local and national writers and educators in a discussion about topics such as the accuracy, nature, and kinds of science portrayed in science fiction and how science fiction can motivate interest in science.

* Dr. E.O. Wilson, who was originally scheduled as a “Best Science Writers” panelist, was unable to attend. 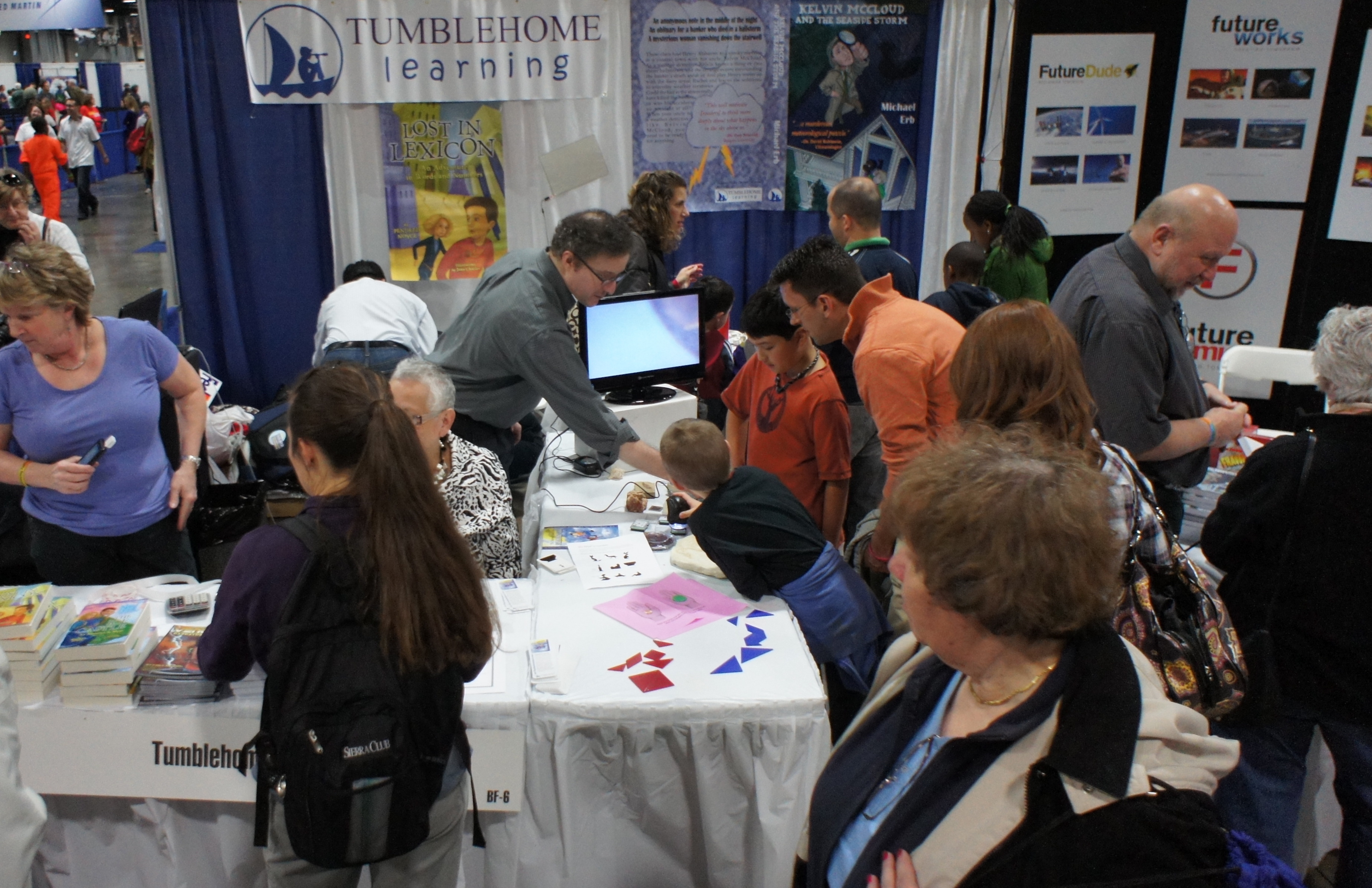 The Tumblehome Learning booth at the 2012 U.S.A. Science Book Fair in Washington, D.C.