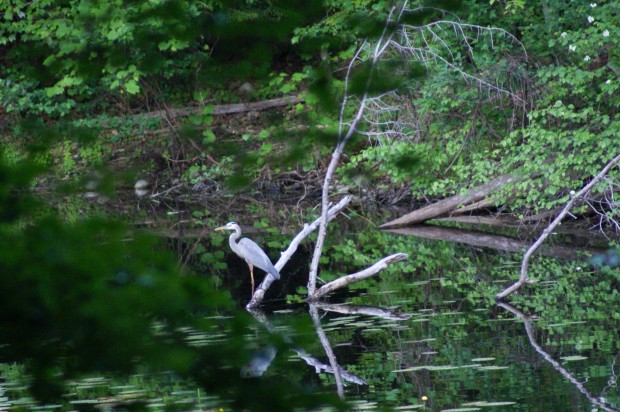 Along with most of America, we saw Maleficent at the movies and were impressed by the sight of those incredible wings and the beauty of a person flying like a bird. None of us will be sprouting wings anytime soon, but plenty of people have tried to fly. We decided to look around and see what the status is of human-powered flight. 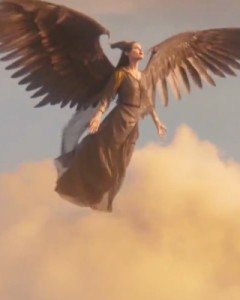 During our initial search, we found a video from the Netherlands of what appeared to the most successful attempt of a human being to take off, fly, and land using wings made from kites (hang gliders are fun, but they don’t count as flying like a bird). It’s pretty amazing. Then the folks over at Wired did a detailed analysis of the video to try to determine of it was a fake, and while they found some irregularities, they cryptically concluded, “there is nothing in this video that indicates it must be a fake.”

But this turns out to be a cautionary tale in searching the Internet – when we kept searching for the science behind the flight, we discovered that the video was indeed a fake, albeit a very good one. We are reminded again never to rely on the first search or a single source when researching a new concept.

But we still wanted to look into the power of flight and came up with a quiz. See how you do – scroll down for answers.

1. Humans are not built for flight. What’s the most significant obstacle to human-powered flight?

A. We don’t have hollow bones like birds do.
B. We don’t have sufficient lung capacity
C. We lack the muscle strength to lift our heavy bodies off the ground.
D. All of the above

3. The first feathers on birds did not exist for flight. Why purpose did feathers serve before they evolved to assist in flight?

4. True or False? Unlike birds, the earliest bats could fly.

5. Archaeopteryx just might be the most famous bird in history. What makes it so special?

6. Archaeopteryx lived about 150 million years ago. What characteristic did it have that no modern bird species has?

7. The peregrine falcon is the fastest bird in the world – how fast can it fly?

8. There are birds that have feathers but don’t fly. Why don’t birds like the ostrich and the emu fly?

1. D. All of the above. We are heavy and awkward – we don’t have the hollow bones or the extra lung capacity that birds have. Even if we somehow managed to grow those incredible feathers we saw in the movie, we simply aren’t strong enough to support out own weight in flight.

2. False. Flying squirrels develop no thrust; they are gliders and they use those skills to glide from tree to tree. Their “wings” are made up of loose skin that stretch from their forearms all the way down to their hind legs.

3. C. The first feathers served as insulation. In a 2012 study researchers found feathers on early species of dinosaurs that were arranged in layers for warmth. These prehistoric birds “had a very primitive version of wings, and it was not until millions of years later that they began to evolve for display and camouflage, and then finally to allow the dinosaurs to fly.”

4. True. Scientists believe that bats evolved from gliders (like flying squirrels) to being able to launch themselves in to the air to fly. Birds took millions of years to evolve the feathered wing structure that allows them to fly. 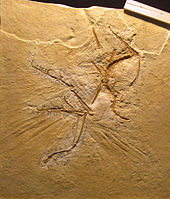 5. B. Archaeopteryx presents the strongest link between reptiles and birds, showing many the characteristics of both, the most notable being feathers that appear to have been used for flight.

6. B.  Archaeopteryx sported a full set of teeth.

7. D. When it’s in a hunting dive, the falcon is the fastest animal of any kind, clocking in at over 200 miles per hour.

8. B. Both emus and ostriches could fly at one time, but recent studies show that they flew less and less once the dinosaurs were gone, about 65million years ago. Instead they developed powerful legs that allow them to move easily among food sources and escape any threats that appear on the ground.