What Does Meritocracy Mean in Silicon Valley? 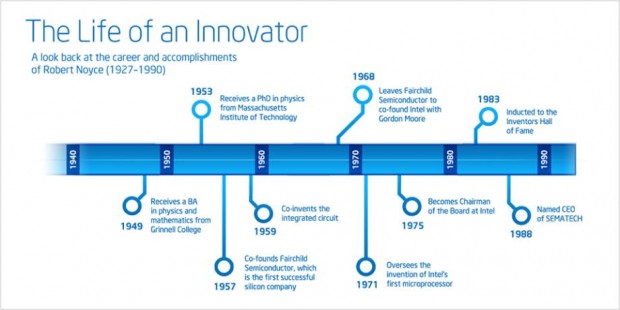 Last week, NPR’s Marketplace aired a pair of short segments examining the notion of meritocracy in Silicon Valley.  The first segment defined meritocracy as “ a grand set of ideals: that talent trumps all else; that with a great idea and hard work, anyone can succeed no matter where they came from.”

The second segment questions the idea. True, Max Levchin, founder of Paypal, was 16 and knew no English when his family arrived from Russia, and his family had only $300 to their name.  Still, both his parents were scientists, and a computer was among their first purchases for their son. The computer mattered, and so did the value the parents placed on education. Somehow, the second segment implied, such an uneven playing field had no place in a true meritocracy. 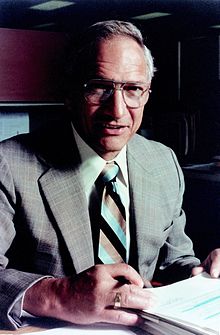 What did meritocracy mean to my father, Robert Noyce, co-inventor of the integrated circuit, co-founder of Faichild Semiconductor and later Intel, and often referred to in his later life as the Mayor of Silicon Valley?

What it meant, according not only to my own memories but to his biographer Leslie Berlin, was a management style.  It meant that seniority did not confer special perks and privileges, that everybody had the same size open office cubicle, that there were no assigned parking spaces at Intel.  Management lunched with employees instead of in an executive dining room.  Ideas could come from anybody, and as much as possible, management would support rather than quash those ideas.  Instead of any one person having veto power, any one manager had the power to advocate for an idea coming from his people. (Meritocracy aside, all the managers were men.)

Robert Noyce’s ideas of management for meritocracy were pragmatically geared to making his companies agile, innovative, competitive and exciting places to work.  But in fact they went deeper than that. In an interview stored in the Intel archives, my father speaks of the satisfaction of “developing a different kind of company around a different way of doing things, which is looking at human worth rather than the usual autocratic organization of the company.”

Human worth: that was a notion that grew straight out of my father’s Congregationalist upbringing in small town Iowa. Though he was not a religious man, he had incorporated into his very core the idea that every human being has dignity and worth, and that democracy depends on valuing each individual and clearing away barriers of prejudice or hierarchy so that each individual can truly contribute.

Meritocracy never meant equality.  Education matters. So do hard work and great ideas. What meritocracy ideally means is that there are no silver spoons, no assumptions of privilege, no special respect given to pedigree. In the Valley, wealth and reputation are there for the taking, but they have to be earned.

Penny Noyce, co-founder of Tumblehome Learning, is the daughter of Robert Noyce