Room at the Top: A Food Chain Quiz 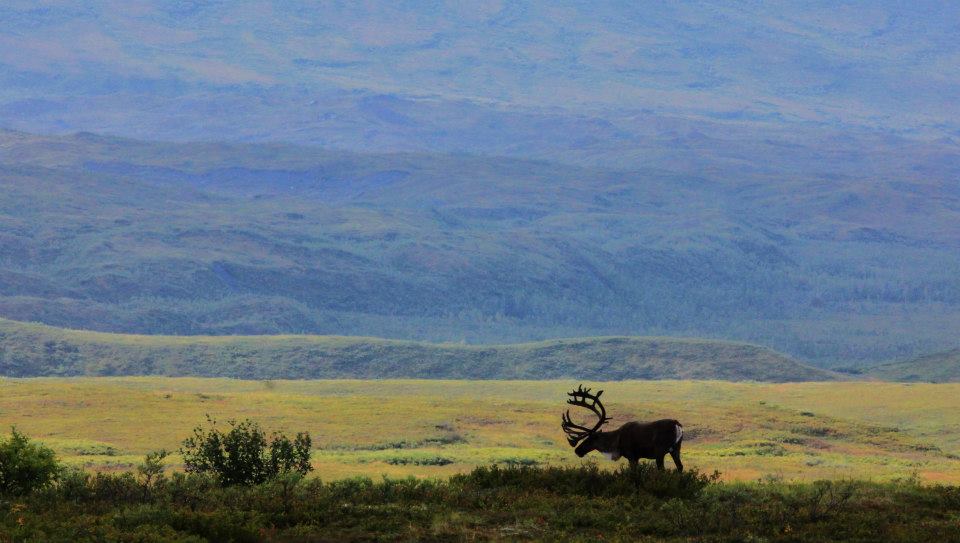 Caribou are among the largest herbivores
Photo credit: Russ Campbell

Humans are carnivores (meat eaters), and as our populations grow, we are constantly encroaching on wild habitats.  We are constantly trying to strike a balance between humans and the large animal carnivores that appear to threaten human activity – like bears and wolves in national parks. But the threat is moving beyond recreation areas, and it’s unclear what effect wildlife management is having on the larger ecosystem.

Concerns about the impact of fewer large carnivores have led to projects like the Large Carnivore Initiative, in which scientists are working to understand the impact of fewer large carnivores on the rest of the food chain. When bears and wolves are eliminated from a habitat, they no longer prey on large herbivores. The herbivores – like deer, moose, and beavers – then grow in numbers and eat more of the available plants. Those plants, in turn, become scarcer and accelerate erosion along streams and rivers where they once held the earth on their banks in place, threatening the whole ecosystem.

Since that’s in the news, let’s test our knowledge of the food chain with a THL quiz (scroll down for answers):

1. Some species that we think of as carnivores are really omnivores – they eat meat and can survive on a diet of plants if that’s what available. Which animal is an omnivore?

2. Not all carnivores are furry. Sharks are the most famous ocean carnivores, but they share that characteristic with some unlikely looking seagoing creatures. What are they? 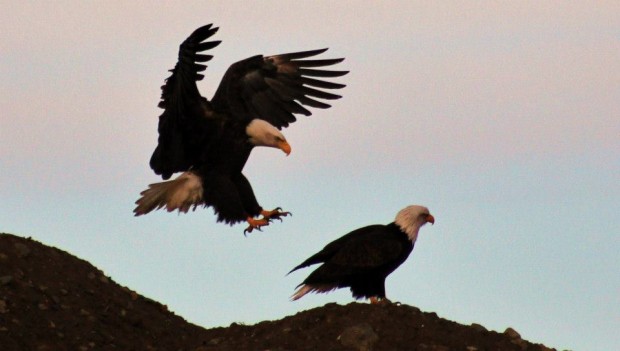 3. There’s a specific name for the impact made by changes at the top of the food chain to the links in the chain below it. What is it?

4. It’s not immediately easy to tell what diet an animal prefers. There are huge animals that eat only plants and tiny ones that eat meat. Can you find the omnivore in this list of herbivores?

5. We know that carnivores are meat eaters, herbivores are plants eaters and omnivores eat both meat and plants. So what do you call animals that eat mostly tree sap with a few bugs thrown in?

6. Most bears are omnivores – except one. What species of bear is an herbivore?

7. Scavengers are the occupants of the food chain link that feed on what others leave behind – dead plant or animal matter. Vultures are famous scavengers, but even within that category there are specialists. The bearded vultures dines on a very specific part of an animal carcass – what is it?

1. B) Coyotes are opportunistic eaters – they will eat almost anything. While they prefer fresh meat, fruits and vegetables can make up a large part of their diet in environments where meat is scarce.

2. B) Sponges. A number of sponges are carnivores; the most recently discovered is very amazing looking harp sponge, which uses its spindly legs to envelope and consume crabs and other small sea creatures.

3. B) Trophic cascades are those changes to the system that affect three or more levels of the food chain – say from carnivores to herbivores to primary producers.

4. A) Hedgehogs are omnivores. They not only eat bugs and worms, they will also feast on mice, frogs and even snakes.

5. C) Gummivores (marmosets and lemurs, mostly) primarily eat tree sap and gums with bugs for protein. We like to think they’d eat gummi bears, too, given the chance.

6. D) Pandas are herbivores, with a diet that is strictly bamboo.

7. D) Bone marrow. The only living bird that subsists on bone marrow, the bearded vulture can swallow piece of bones and digest them to extract the marrow. It breaks up bones that are too big to swallow by flying high and dropping them on rocks, much like seagulls do with clams. 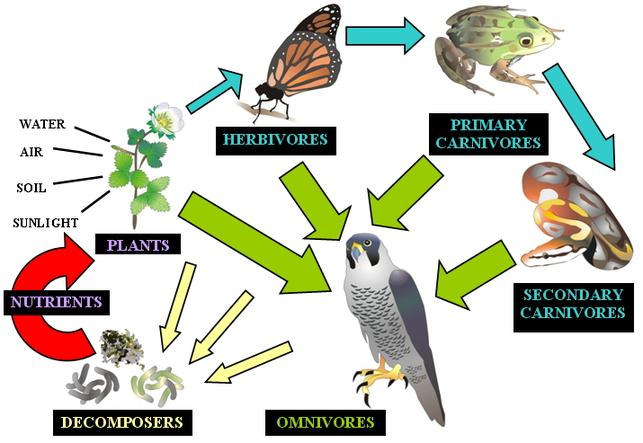