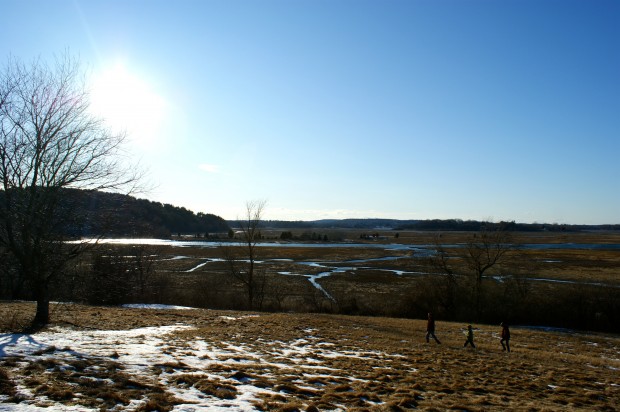 Tomorrow (or tonight before bed) is the day we turn the clocks ahead to switch from Standard Time to Daylight Saving Time (note that there is no “s” on saving).  The Federal government actually doesn’t require the time change and at any given time many state legislatures are trying to change it for any number of reasons. Another March event is the vernal equinox – let’s how much you know about these two rites of spring. Scroll down for answers.

1. Who asked this question: “What would aliens say when told Earthlings shift clocks twice a year to fool themselves into thinking there’s more sunlight?”

2. When was the last time they changed the starting and ending dates for daylight saving time?

3. Which of the following things is NOT true about daylight saving time?

4. What two U. S. states will be staying on Standard time this Sunday?

5. The experts can’t seem to agree on whether Daylight Saving Time truly saves energy. What most people agree on is that it’s a good thing we change the clocks on Sunday because it give people one day to adjust to the time change before work on Monday. What percentage of Americans show up at the wrong hour after the time change?

6. The March equinox will be on Thursday, March 20. What makes it an equinox?

7. True or False? The equinox occurs at the same moment for everyone on earth. 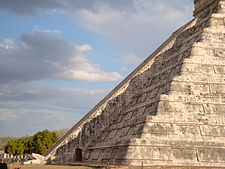 8. This pyramid was designed to mark the exact moments of the equinox – the shadow from the stairs creates a snake slithering down the pyramid – you can see the carved head at the bottom. Where in the world is this?

9. True or False: you can stand an egg on its end at the exact moment of the vernal equinox.

1. B. That’s what Neil DeGrasse Tyson posted on Twitter last fall when we turned the clocks back. Now we are getting ready to spring forward (do you think he picked that date deliberately for the premiere of his new Cosmos show?)

3. A. Benjamin Franklin did not invent daylight saving time; he merely recommended that people wake with the sun to avoid staying up late at night (and thus save on candles). So yes, it’s true that there are fewer robberies in that extra hour, and that the hours were changed partly as the result of lobbying by the candy, gasoline and barbecue industries.

4. B. Hawaii and Arizona. Arizona’s history with time zones is complicated - there are different approaches to time zones depending on where you are (some Native American nations observe it, some don’t). Most of Arizona sees no benefit in following the rest of the nation when it comes to daylight savings, partly because the climate there is consistent enough that the extra daylight doesn’t offer much benefit (this is also why nations close to the equator also tend to stay on standard time).

5.  B. 27% of people in a 2010 survey admitted they showed up for work at the wrong time after “springing forward.” Of course, those are just the ones that admitted it…

6. The sun passes directly overhead at the equator. The Earth’s axis is not tilted toward or away from the sun. The sun is “moving” north in March and south in September, which is why July is summer in the northern hemisphere and winter in the southern hemisphere. Even so, the moment of the equinox does not guarantee 12 hours of daylight, because that happens just before the sun crosses the celestial equinox (and it does vary by location on the planet).

7. True. But, of course, the times zones are different! Timeanddate.com says that the vernal equinox will occur at 16:57 UCT – Universal Coordinated Time, which is the time standard used to synchronize clocks across all time zones. They also have a tool that converts that to your time zone.

9. False. The egg-equinox story an urban legend. If you follow the hyperlink you can find out how to stand an egg on its end any time you want.

Speaking of time, in THL’s Galactic Academy of Science (G.A.S.) books, curious kids travel through time zones and centuries to solve mysteries and meet some of the greatest minds in history. They’re fun to read together or for kids to explore on their own, and a great way to pass the winter days until spring really arrives.