Rainy Day Activity: TED Talks on De-Extinction and Robots of the Future

We’ve been watching a lot of TED talks lately. TED stands for Technology, Entertainment, Design and the motto is “ideas worth spreading.” TED talks are quick (18 minutes or less is the rule), informational explorations of the latest trends and research in all three of those areas given by the people doing the hands-on creating: scientists, mathematicians, engineers, physicists, poets, film makers, painters, musicians, writers – you name it. The talks are filmed before live audiences at conferences all over the world and then put online (and Netflix) for everyone to enjoy. They’re totally addictive and a good use of screen time on a rainy day.

Palentologist Michael Archer explains two research projects (the Lazarus Project and the Thylacine Project) that show how he’ll resurrect the Gastric Brooding Frog and the Tasmanian Tiger. If that sounds familiar, it’s because we wrote about this topic and the frog in a post earlier this year. Archer explains why de-extinction is necessary and useful for these two species, and he does it in a way that’s compelling. 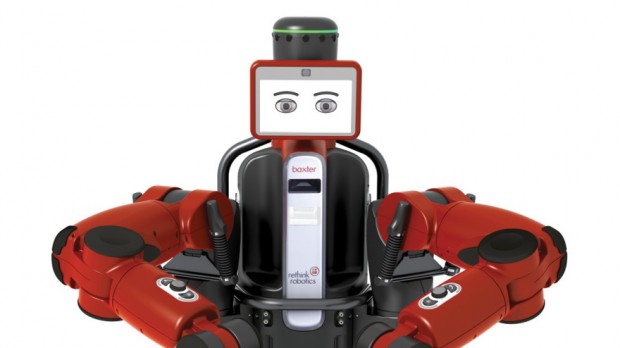 Image of Baxter from Rethink Robotics

In Why We Rely on Robots, MIT Professor Rodney Brooks talks about why robots can someday replace humans in ways that are helpful by introducing us to Baxter, a robot that can be trained on the job to do things that people can’t or don’t like to do. Can you think of things that you have to do that you might like a robot to do for you?

When we run across TED talks we think you’ll like we’ll post a link – if you see one you think is cool, use the comments section to send a link back to us!