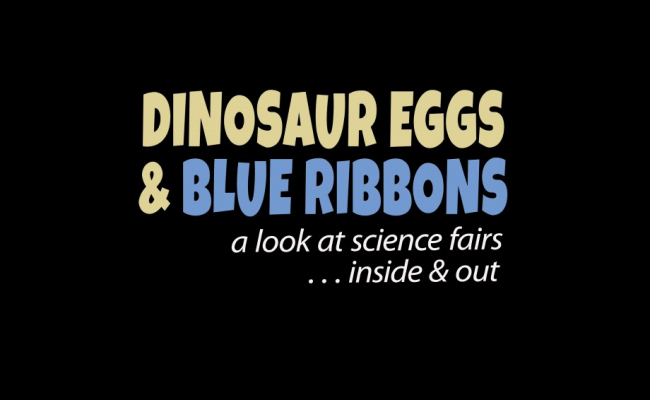 A Look at Science Fairs Inside & Out

A personal look at science fairs from the varied perspectives of a successful participant, judge, policymaker, and science fair organization leader Dinosaur Eggs and Blue Ribbons takes young readers on a journey into adventure science as experienced by a young aspiring scientist who turned scientific inspiration into scientific success. The book is full of anecdotes and advice from the world of STEM education and contains practical advice about judging, display boards, and other preparations for the big science fair day. Throughout the text and appendix are examples of original, winning science fair materials as well as links to a wide variety of proprietary online resources which complement the text. In the end, the hardships are all worthwhile when you work alongside some of the top scientists in the field, make groundbreaking discoveries, and win big in the science fair and beyond!

* Recent author blog post:  Does your school district / region have a science fair? Get one! Even if it means filing your own legislation…

Barnas Monteith is Chairman of the Massachusetts State Science & Engineering Fair, Inc. — the oldest dedicated inquiry based science education non-profit in MA, and one of the oldest in the U.S.. As a young student, Barnas was one of the most successful science fair participants in MSSEF history, with four 1st place MSSEF wins, four 1st place Regional wins, two International (ISEF) 1st place Grand Awards, awards at the European Youth Science Exchange, Nynex Science & Technology Awards, the Edison Award, the Naval Science Research Award, and a number of other scholarships and special first prize awards. His projects focused on the study of dinosaur and bird evolution using fossilized egghsell microstructures and biochemistry. A graduate of Tufts University, Barnas spent nearly a decade doing paleontology expeditions throughout much of the major vertebrate fossil-bearing beds of North America. Throughout college and beyond, he did work at Harvard University’s Museum of Comparatize Zoology researching the Triassic vertebrates of Arizona, including possible Phytosaur nesting behaviors, and was one of the youngest researchers ever to present a Plenary lecture at the Society for Vertebrate Paleontology. Since that time, he has started several successful technology companies – most recently foraying into semiconductor R&D, specializing in the commercialization of synthetic diamond products, with a focus on IC planarization, as well as the renewable energy and high efficiency lighting markets.

Barnas serves on the MA Department of Education / DESE’s Math & Science Advisory Council, and was appointed by Governor Patrick to serve as a member of the inaugural Governor’s STEM Advisory Council, as Co-Chair of its Public Awareness subcommittee, which recently launched the statewide WOW STEM campaign. As a STEM activist, he has served on numerous school task forces, legislative working groups and out of sheer frustration, has even resorted to filing his own STEM legislation as a citizen. He has co-authored several patents pending, published a number of scientific articles in the areas of paleobiology and materials science and speaks regularly at STEM education and industry events and conferences throughout the world.