Over 50 years after a Vaccine was Developed, the Fight to Eradicate Polio Goes on 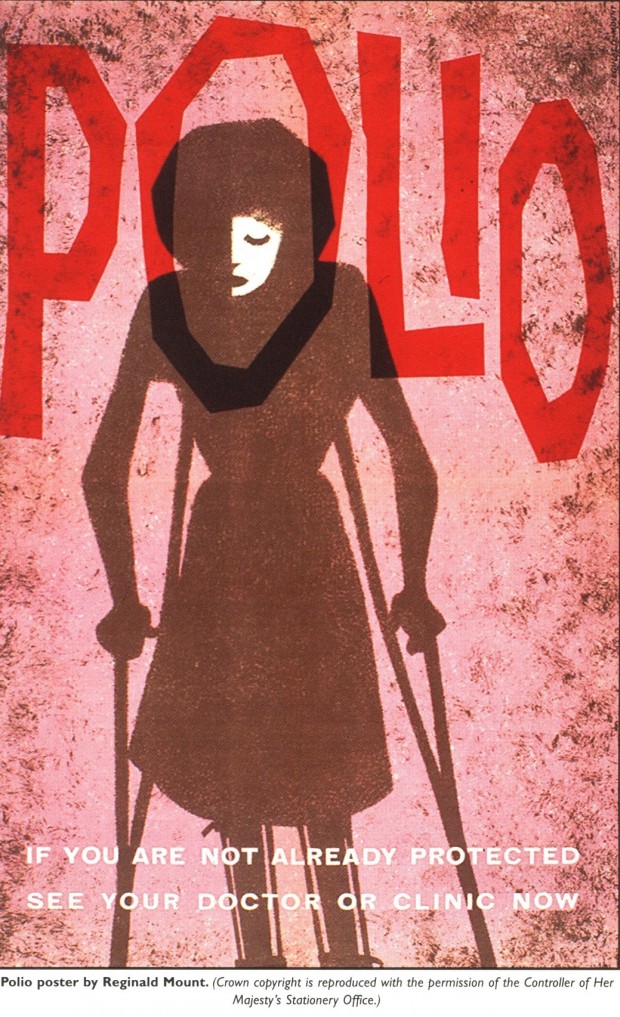 Just as we were writing about Jonas Salk’s polio vaccine in recognize his birthday on Monday, there were new reports of polio outbreaks in distant places. On Wednesday, The United Nations confirmed 10 new cases of paralytic polio in Syria, which is already coping with a civil war and the aftermath of a chemical weapon attack last August. Preliminary assessments attribute the outbreak to interrupted immunization efforts caused by the war and the spread of the disease from neighboring countries where polio vaccinations are limited or forbidden. 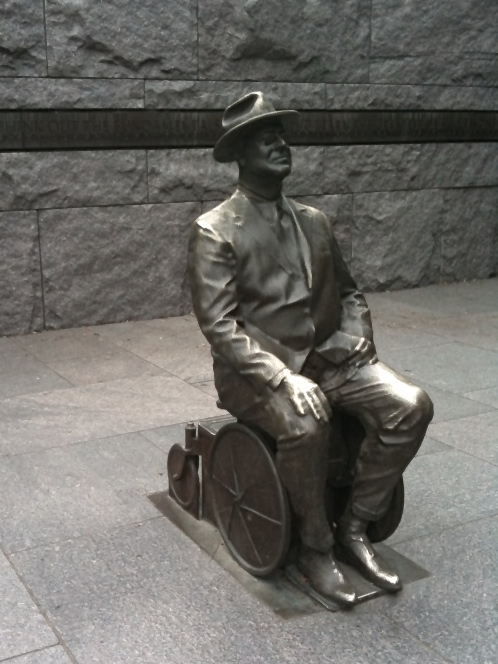 One of the bronzes at the FDR Memorial in Washington, DC, depicts him in his wheelchair – an image that was never seen by most Americans during his Presidency

Polio emerged as a health problem in the US in the early 20th century. While polio typically affected children, President Franklin D. Roosevelt came down with it in his 30s. Leading the effort to assist people crippled by the disease, Roosevelt founded the National Foundation for Infantile Paralysis (now known as the March of Dimes). Dr. Salk’s work on a flu vaccine for the U. S. Army drew the attention of the Foundation and in 1948 they offered to fund his research if he would turn his attention to eradicating polio.

By the 1950s American families had become fearful of summertime, when warm weather and local swimming holes made it easy for polio (spread through the fecal-oral route, that is through contaminated water) to spread.  1952 saw the biggest outbreak of polio in history, with 58,000 reported cases, 3,145 deaths and 21,269 cases of permanent paralysis.

After seven years of research, Salk and his team conducted the largest field test in the world up to that time. The test included 20,000 doctors and public health officials, 64,000 school workers and 220,000 volunteers. 1.8 million U.S. school children participated in the clinical trial.  By 1955, Salk’s injectable vaccine (called IPV for Inactivated Poliovirus Vaccine) was deemed safe.

Vaccination is based on the principle that of if a body is exposed to an inactive form of a virus, it will produce antibodies that will kill the live, dangerous form of the same virus. Salk’s use of killed vaccines differed from the approach of pioneer vaccine discoverer, Louis Pasteur, who discovered a way to produce vaccines that contained weakened but still live versions of viruses.

Working almost simultaneously with Salk, Dr. Albert Sabin developed a live-virus vaccine (which contained a weakened strain) to compete with Salk’s killed-virus vaccine.  Sabin’s live attenuated vaccine was also widely adopted. Advantages of Sabin’s vaccine were that it was taken by mouth instead of by injection and that it could spread throughout populations without every person being vaccinated. On rare occasions (less than 1 in 2 million doses), however, Sabin’s live vaccine caused polio-like symptoms in some people with weak immune systems.

The controversy over which vaccine was more effective and safer raged on for decades, but by 1998 (three years after Salk’s death) the U.S. government pulled it support from the Sabin vaccine and stipulated that only the Salk vaccine be used in the U.S. Oral polio vaccine, however, is still used for childhood vaccination in countries where transmission is common.

In 1988 The World Health Assembly passed a landmark resolution declaring the elimination of polio a global public health priority. By 1994 there were no cases reported in the Americas, and by 2000 the Western Pacific (Australia to China) were also declared polio-free. India has not reported a case of polio since January 2011. In other regions, however, false rumors persist that the polio vaccine is unsafe or part of a Western plot, and Nigeria and Pakistan are experiencing distressing increases in polio infections. Health workers who distribute the vaccines in those countries have been attacked and murdered, partly driven by suspicions that the vaccine program is a ruse to permit American spies to infiltrate their countries. Nonetheless, international health authorities and private donors have committed $5.5 billion to eliminating polio worldwide by the end of 2014.

International politics, wars and an increased wariness of vaccines and their side effects in some cultures (including ours) have made it difficult to eradicate polio permanently.

Want to know more about the fascinating history of vaccines? Tumblehome Learning’s The Vicious Case of the Viral Vaccine is a great way to explore the science, all wrapped up in a compelling mystery.