Literary Fiction for Hearts and Minds: 12 Books For Kids (and adults) 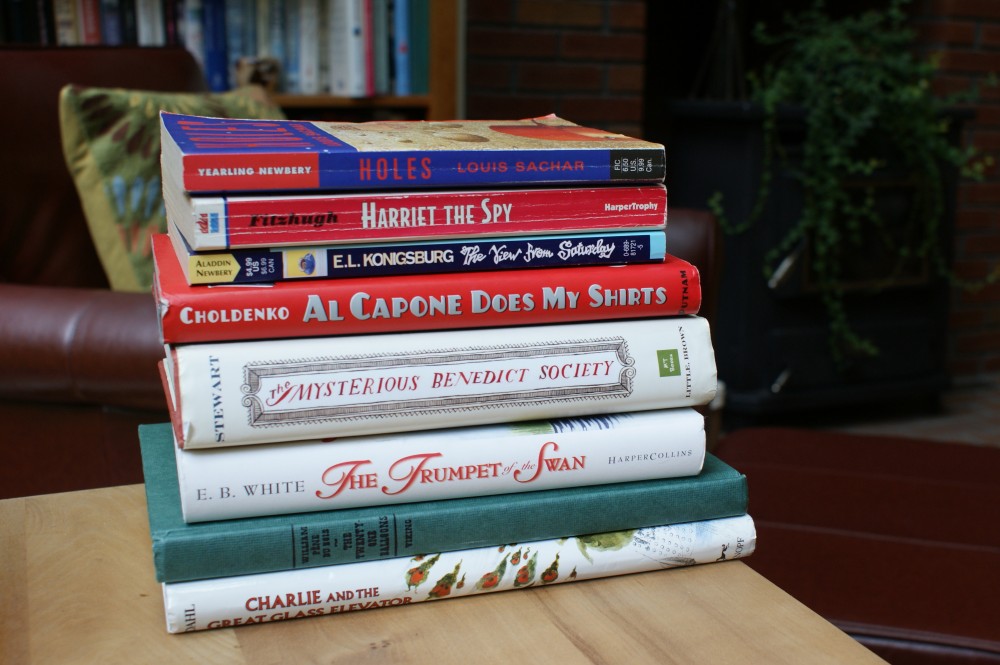 A recent study by The New School shows that reading literary fiction improves people’s ability to empathize with others. We know that any kind of reading is important for kids, but this study makes a novel distinction by saying that reading specific material gives specific benefits.  Researchers Emanuele Castano and David Comer Kidd used photographs of people’s eyes to test subjects’ ability to read others’ emotions.  Test subjects were given ten pages of text to read just before the test session. Subjects who read popular fiction or non-fiction material did not show the same understanding of the emotions shown in the photos as those who read literary fiction.

Why? Popular fiction might be full of action and surprising plots, but its characters tend to be less complex and more predictable in their behavior and expression. Literary fiction puts greater emphasis on relationships and the inner thoughts of its characters, and that awareness is a bigger part of the story than in popular fiction.

We’ve compiled a list of books that are both popular and literary that we think would appeal to Tumblehome kids.

Holes, by Louis Sachar
A family curse, a misunderstanding and a mystery to solve in the desert.

Speak, by Laurie Halse Anderson
A haunting story of a high school girl who learns what it means to speak up, speak out and find herself in the process.

The Midwife’s Apprentice by Katherine Cushman
Set in medieval England, where an orphaned girl finds her place and purpose in the world of midwifery.

Bud, Not Buddy by Christopher Paul Curtis
An African-American boy sets out to find his father during the Great Depression.

The View from Saturday by E.L. Konigsberg
This tale of contest-winning teamwork has stories within the story, and the kids aren’t the only ones learning about themselves.

Hatchet by Gary Paulsen
A 13-year-old’s story of secrets and survival in the Canadian wilderness.

The Twenty-One Balloons by William Pene du Bois
A great adventure that mixes many cultures and fascinating inventions set around the real-life eruption of Krakatoa.

The Mysterious Benedict Society by Trenton Lee Stewart and Carlson Lewis
Mind-bending tests and secret missions at the Learning Institute for the Very Enlightened – but can the competitors succeed without helping each other?

The Trumpet of the Swan by E.B. White
A swan that has no voice finds a way to make himself heard and woo his one true love.

Harriet the Spy by Louis Fitzhugh
Harriet M. Welsh writes everything down and learns what every writer knows – the truth can hurt.

Charlie and the Great Glass Elevator by Roald Dahl
This raucous sequel to Charlie and the Chocolate Factory is just as much fun as the original. Think of it as comedy prequel to Gravity.

Al Capone Does My Shirts by Gennifer Choldenko
Lots of interesting things happen when a family calls Alcatraz home.

Do you have any to add? Email us your favorites at sarah@tumblehomelearning.com