In the Sky This Weekend: Stay Up Late to Watch the Perseid Meteor Shower 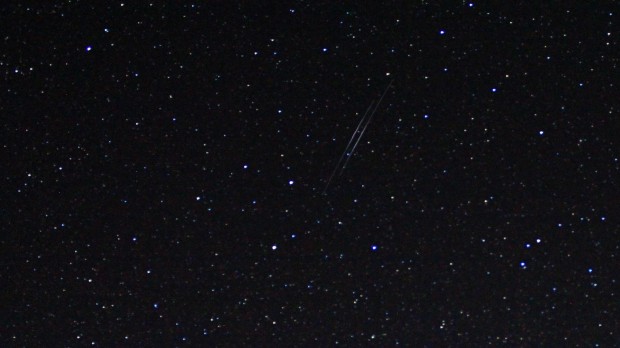 Hope for clear skies this weekend – there’s a lot happening in the heavens. Over the next few nights you’ll have a chance to observe in for the Perseid Meteor Shower, which is in progress now and should peak sometime between Sunday and Tuesday nights.

Named for their proximity to the constellation Perseus in the night sky, the Perseids are one of the most significant sky events in the Northern Hemisphere. NASA calls especially bright meteors “fireballs”, and they call the Perseids “the ‘fireball champion’ of annual meteor showers.” This particular meteor shower occurs when the Earth passes through the icy debris of Comet 109P/Swift Tuttle, which was first discovered in 1862. The comet orbits the sun every 133 years, but the meteor shower can been seen annually each August as Earth moves through its wake, the particles and dust creating meteors that send tiny showers of light into the night sky.

NASA has a live web chat planned for the night before the Perseids peak (August 10-11). NASA astronomer Bill Cooke and his team members Danielle Moser and Rhiannon Blaauw from the Meteoroid Environment Office at NASA’s Marshall Space Flight Center will be on hand to answer your questions from 11pm to 3am EDT. NASA will also be streaming live during these hours for people who don’t have the right weather or level of darkness to see the shower where they are. To join the web chat or see the live stream on the night of the 10th, click here.

How to Watch a Meteor Shower

You don’t need a telescope or binoculars, just a blanket or a reclining beach chair (and maybe bug repellent). The darker the sky and the flatter the landscape, the more you’ll be able to see. This year the crescent moon will be setting early to allow for dark skies during the prime viewing hours: late evening until dawn, with the most visible activity between midnight and about 3am. Once under the dark sky, give yourself a while to acclimate your eyes to the low light, and then be patient. Depending on the hour and how clear the sky is, you should be able to see any where from a few to several dozen meteors in an hour. As you can see from the photo above, it’s possible to take photos of meteors but you have to be patient and quick with the shutter! If you watch, send us your Perseid meteor count at sarah@tumblehomelearning.com. We’ll post results! 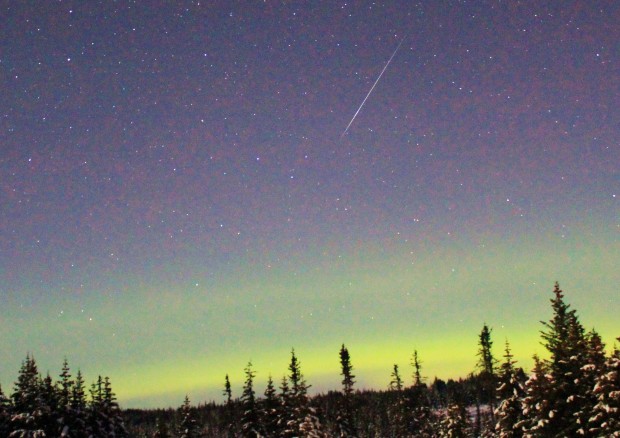