In Search of Symbiosis

Work with us on this one. Our teens were talking about the ebb and flow of friendships, and how they take turns supporting each other through the rough patches of adolescence. One of them observed, “We have a symbiotic relationship, just like that bird that picks the teeth for the crocodile.” That remark sent us directly to the search engine, where we were truly disappointed to discover the crocodile-bird story isn’t true. The Egyptian plover does not pick the teeth of the crocodile, despite some very convincing digital photos that make it appear to be so. Undaunted, we went on to find a few symbiotic relationships that are real.

First, a few distinctions. There are three common types of symbiosis: 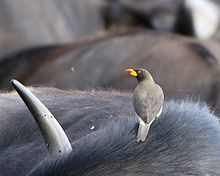 An oxpecker feasts on a wildebeest

The Oxpecker (also known as the tickbird) feeds exclusively on whatever they find on the backs of large mammals – (often rhinoceroses and wildebeests) ticks, maggots and even earwax and dandruff. There’s some debate about whether this is entirely a mutualistic relationship or if the bird is actually a parasite because they have been known to open wounds in their host animals in order to drink their blood.

Not unlike sort of underwater oxpeckers, cleaner fish will also eat dead skin and parasites from the surface of larger fish.   There’s evidence of “cleaning stations” where sharks and manta rays will congregate and allow cleaner fish (which would ordinarily be dinner rather than guest) to eat debris in their fins and open mouths. The cleaner shrimp will venture into the mouth of the fanged eel and provide a through tooth cleaning as it eats.

Many kinds of crabs have tough exoskeletons that make them immune to the dangers of stinging anemones – the crabs can pick up and throw them to fend off predators and competitors for food. The movement through the water provides the anemones with more access to food particles. Similarly,  a clownfish can also resist the anemone’s sting, so it uses the anenome as a predator-proof home in exchange for the food particles on its body, which the anemone ingests. 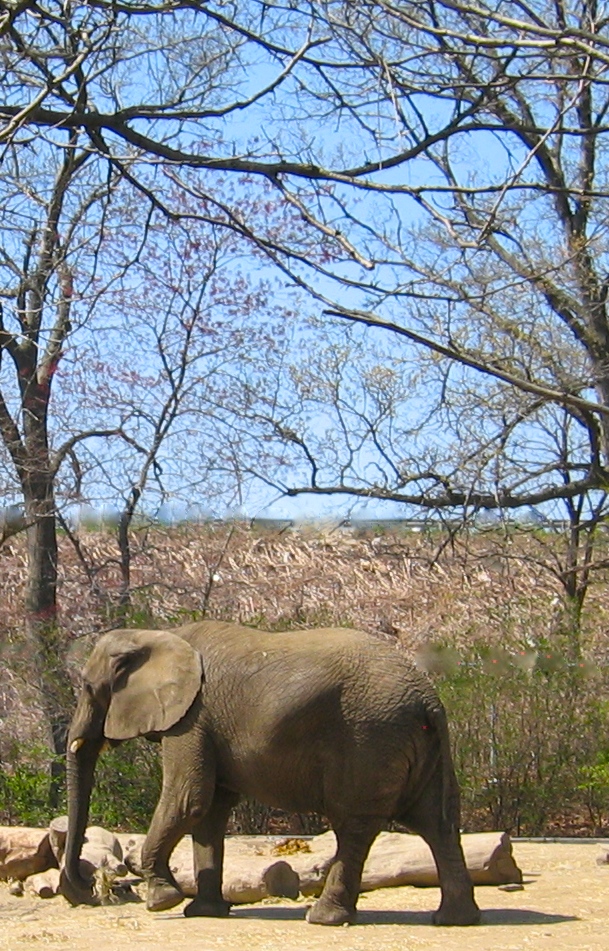 Olive baboons and elephants cooperate similarly. When water is in short supply, the baboons follow the elephants because they know where to dig wells in the sand. In exchange for sharing the water source water, the baboons use their common perch in the treetops to serve as an early warning system when danger approaches.

Remora sharks have a commensalistic bond with whales. The sharks have an adhesive disk o their heads that allows them to attach to whales (or other larger animals). When the whale eats, the shark disengages and eats the remains of whatever the whale leaves behind.

The tiger shrimp and the watchman goby fish have a true mutualistic bond. The sharp-eyed goby lives in a hole dug by the hard-nosed but nearly blind tiger shrimp. Both critters live in the hole, which the goby guards, warning the shrimp of any approaching predators.

Anyone who’s seen Finding Nemo knows about the anglerfish, which is famous for the glowing lure than haggles in front of its toothy jaws. The mutualistic relationship involves the fish and the bioluminescent bacteria that live in “fishing rod” that protrudes from its forehead. The bacteria get a safe place to live and a reliable source of nutrients from the fish, and the fish (which can turn the luminescence on and off) has a constant source of bait.