How to make an early human ancestor skull replica for free! 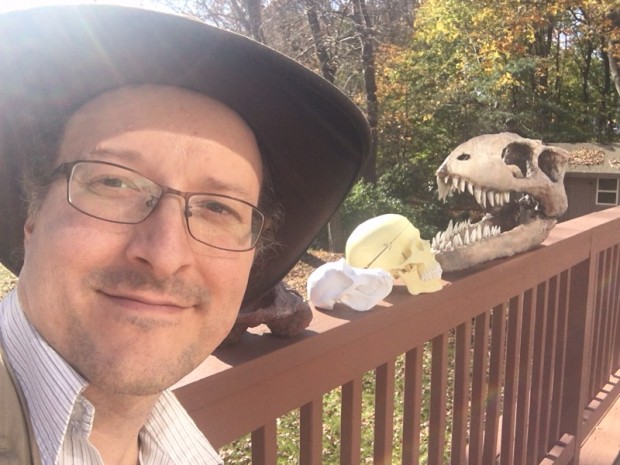 As a child, I loved reading books about paleontology.  Not so much about dinosaurs themselves, but about the adventures of real scientists.  I liked learning about explorers who ventured deep into the badlands – tens, if not hundreds, of miles away from civilization—to try and make groundbreaking discoveries.  I recall one exciting book that described the exhilaration of a major discovery, showing a picture of an early hominid skull, just barely sticking out of the ground.  Less than a decade earlier, several major discoveries had been made in Africa, including  “Lucy” and the many early hominid skulls found by the Leakey family in Northern Kenya.  The memory of that book, inspired some of my own paleontology work throughout the American Southwest, beginning with my science fair project focusing on dinosaur egg fossil microstructure and biochemistry. When I started work on that project, as a suburban public school student in a Randolph, MA middle school, I had unlimited ideas—but very limited resources.  Unfortunately, the type of research I wanted to do required large amounts of data (aka fossil samples), equipment and computing power.

I had none of those things, but I did have a very nice Science Department Chairperson who was willing to let me use his Department’s postal budget to send out letters to scientists around the world to ask for whatever I needed (this was just a few years before email became a “thing”).  Just for the heck of it, believing it was a longshot, one of the people I wrote to was Dr. Meave Leakey.  The very same Meave Leakey who had found loads of important fossil hominid skulls in Kenya less than 20 years earlier.  Well, believe it or not, she actually replied, along with a few dozen other prominent scientists around the world, offering me assistance of one kind or another.  I couldn’t believe that so many of the people I looked up to, and had only read about in news articles and books, were actually personally giving me the time of day.  Although Dr. Leakey did not have many samples on-hand, she certainly was able to help me out in many other ways.  And, a 4-year, multi-International-prize-winning science fair project was born, propelling me into the sciences (and a little engineering) for the rest of my life. Aftermy days in paleontology, I spent many years working in fields relating to computers including semiconductors, materials science, energy and software.  My latest work brings me to the field of artificial intelligence, and developing tools for students to understand how machine learning works.  This work has brought me full circle, back into the world of evolution, as I delve into the reasons why our own natural human intelligence has evolved the way it did.  And, just what kind of implications this may have forthe development of AI hardware and software to create systems that can truly one day mimic the human brain. I write about some of this in my new Tumblehome book, Get Ready for AI– due out in 2020.

I hope you’ll join me on this journey to find out what factors have made us humans intelligent in such a relatively short period of geologic time (dinosaurs ruled the world for 180 million years, yet humans have been around for under one million).  And, given the recent advances in computer architecture on so many levels over the past few years, does that means artificial intelligence might evolve quickly as well?  Let’s explore this idea together… In the following video, I explain some basics about the evolution of human intelligence, and I show viewers how to make a high quality replica of an early hominid ancestor skull.  The skull I chose was Paranthropus boisei, discovered by none other than Meave Leakey, in 1972.  I hope you enjoy it!

Visit the Youtube link below for a full video explanation & lesson: 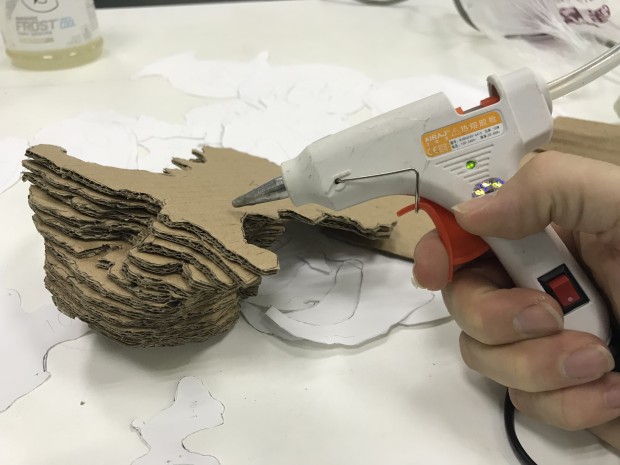