How Foxy are You? Take the THL Fox Quiz!

Our local family of foxes has moved on. We are suffering from empty den syndrome and so are coping with a rainy, foxless Saturday with a fox quiz. Scroll down for answers.

1. A group of foxes is called:

2. The wild fox’s lifespan is around 3 years, but in captivity a fox can live up to:

3. Foxes belong to which family? 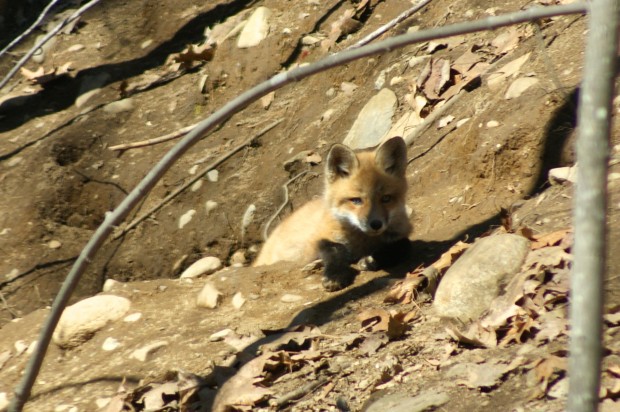 4. What do foxes do with their extra food?

6. True or False: foxes have whiskers not only on their faces, but on their legs.

7. In 1959, Soviet scientists on fur breeding farms experimented with breeding silver foxes for domestic traits – they wanted them to be tamer. Along with the behavioral changes came some unexpected physical ones. Which of these physical traits did they NOT develop? 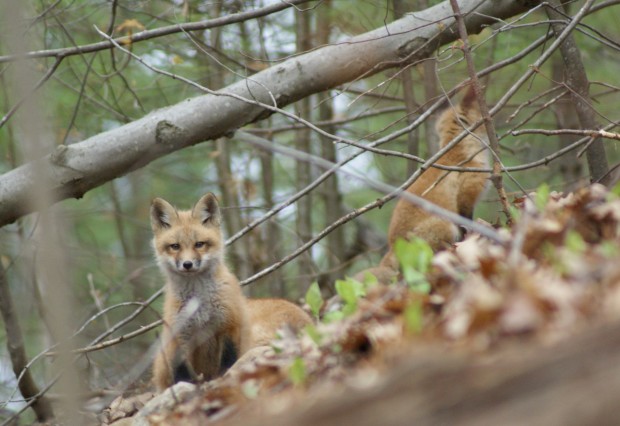 8. Foxes are the only types of canine to have what catlike trait?

10. True or False: foxes can smell the rodents that burrow underground.

1. C. A skulk. We guess that’s where the term “skulking around” came from.

2. B. 10 years. The steady food source and lack of predators (including people) accounts for the longer life span.

6. True! Believe it or not, foxes do have whiskers on their legs – they help them navigate (skulk around) the forest terrain.

7. B. Longer tails. This longitudinal study resulted in behavior patterns that made adult foxes act more like kits. This study also affected efforts to domesticate wolves as pets. Some of these physical traits can be seen in many modern day dog breeds.

8. A. Retractable claws. Foxes do have that reflective layer in their eyes, but they are not the only canines that have this.

9. D. Nearly everything – even garbage! Some foxes do specialize in certain foods depending on their habitats. Blandford’s foxes, for example, eat crustaceans, grapes, melons and capers, which means they have little or no need to drink fresh water.

10. False. However, foxes can hear the rodents burrowing – they have very sharp ears.