Does your school district / region have a science fair? Get one! Even if it means filing your own legislation… 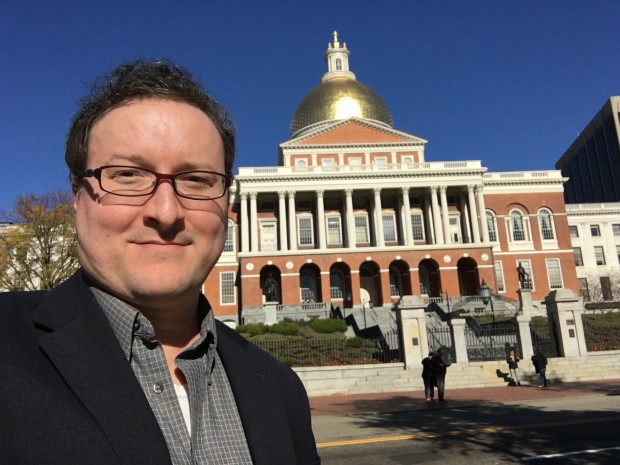 It can be frustrating to hear from a teacher, school system administrator, school council member or principal that, “Sorry we do not do science fairs here because we just don’t have the budget and we just don’t have the teacher time to deal with it.  Furthermore, our focus is MCAS, SAT’s, or some other form of mandated standardized formal assessment.”   Worse yet, you may hear, “We don’t support science fairs because our union believes they are unfair since most of the time with winning projects the parents do the projects – or they take up teacher time unfairly – or there is simply no budget for things that are not related to formal curriculum!”

I can’t tell you how many dozens of times I have heard this during my time as Chair and Vice Chair of the MA Science Fair.  This uneducated answer is precisely the reason why I have spent so many hours every week, for decades, trying to figure out strategies to help towns & governments see the light that science fairs don’t detract from “real,” “standardized,” “formal,” learning — but rather, they serve as a means of alternative learning that will support not only the Next Generation Science Standards (essentially, the entire section known as “science practices”) but also scientific literacy in the US and other nations for generations to come.

As I went to the MA State House yesterday, once again, (for the umpteenth time – which is apparently not a real number BTW),   to promote a science fair bill I filed in the MA House of Representatives nearly 7 years ago, I met with a group of people who helped me once again believe in what I do.   You see, for many years in the early 2000′s I met with local student councils, city/town councilors, state legislators and governors to try and convince them of the overall value of science fairs (and other forms of STEM inquiry assessment) – from the perspective of teacher unions (learning time, inequity of teaching responsibilities for different subjects, teacher waivers, complexity of ongoing professional development requirments, etc), workforce development, state and local economies, national/international repututation/status, grant opportunities, publicity value at the local level, global partnership/collaboration opportunities — you name it, I analyzed it!  Well, after coming in year after year with powerpoints, whitepapers and speeches/testimony for bills and also serving on working groups and more, I realized that STEM was not yet a popular topic and people did not realize the dire need for better scientists and engineers in MA, the US and around the world.

It turned out the best way to start off in gaining recognition for this need would be to just file my own state bill, or my own barrage of bills (in case you are curious I first filed a bill in 2008 / early 2009, known as H.350 in the MA House of Reps).  In MA, there is a law that allows (private, non-elected) citizens to file their own bills, by themselves (and their State Rep is required to file it “on behalf of” a citizen).  Many other states have similar “petition” laws.  By doing so at the state level, it generates press and it generates recognition from local school, city/town council and other leaders — not to mention your state’s Congress.  It turned out that by filing my bill I also earned a unique distinction of being the one and only person to file a Massachusetts Bill by fax (according to the clerk of the House at the time, by voicemail) — and apparently I still apparently have that odd distinction.

Well, it has taken nearly a decade, with lots of meetings, and my very simple bill (which does not require state or local tax money to approve it, so it does not require a reference to the dreaded “Ways & Means” committee) is still going, with reports, hearings and readings before the Joint Committee on Education.

While it has not yet passed, it has earned attention at the local and state levels, and certainly has people talking (and to be honest although the bill is a statewide bill and has nothing to do specifically with mandating statewide science fairs; it is directed toward allowing local fairs the ability to raise their own, protected funds).  I am proud to say that around the time I filed this bill, Randolph, MA (my hometown) started its own science fair program within the whole school system, after many many decades of not doing so.  (I entered my state science fair on my own as a student, since my state fair allowed 2 students from every school in the state to enter, regardless of whether or not they had a science fair at the school/district level).

So, even if your school says no — and your principal and school council say no — you CAN still have a science fair in your area, if you file a bill, or encourage your local Rep or State Senator to do so!!!  You might even simply bring it up at your school committee/council meeting or town council/town meeting to start off with and see that gains any traction.  Maybe your local PTO/PTSO can try it, or try it on your own, and contact your local paper, and see what happens!  You may be surprised by what you can achieve.

By th way, the group of people I met with the other day were professional lobbyists, from both major parties, who told me that “the science fair is a cause they can rally around – that everyone can believe in” and they wished that they could help us out in some way, as a long-standing non-profit with good intentions that will benefit not just the students and educators of the state, but which would also be a good opportunity for politicians who can rally behind such a wonderful, low-cost but ubiquitously rewarding concept in the world of supplemental education.  Well, we might take them up on that offer.  And in the words of Stephen Colbert: “– and so can you!”

Remember, your government belongs to you, and you should use it as best you can, to improve the education of your children, and that of your neighbors too.  You don’t need to wait to vote for a person who will file a bill you like and hope that other people will vote for it too — you can just file it yourself, and promote it yourself (or better yet, run for office!)!

Read more about Barnas’ journey through the science fair world — as one of the top winning science fair participants in US history, and as a mentor, judge, administrator and policy maker — in his new book: Dinosaur Eggs & Blue Ribbons, published by Tumblehome Learning.