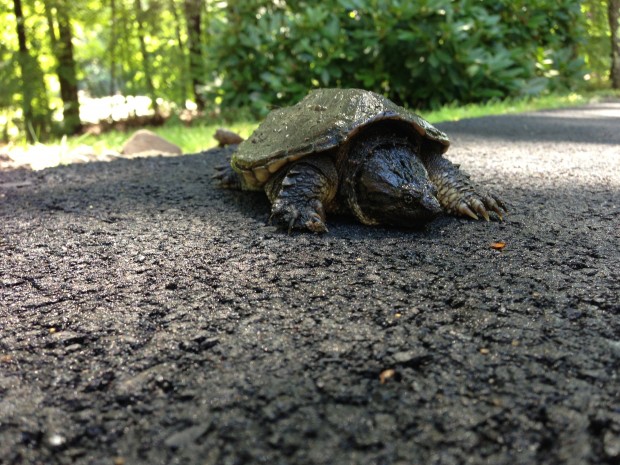 We stumbled on this wandering common snapping turtle earlier this week. It may have been thrown by the smell and heat of the new asphalt; it’s hard to say because it was quite far uphill from the pond. It did not move at all until we picked it up with a shovel to return it to the water, but then it moved quickly (look at those claws!). Before relocating it, though, we measured its shell, and found that an 8-10 inch shell on a common snapping turtle means it is approximately 4 years old. 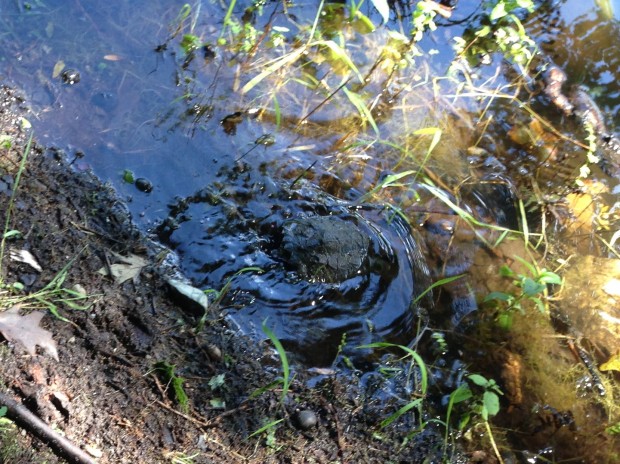 It’s possible that this mature female is the mother – she has been laying eggs in this spot for many years, and we watched her look for the ideal spot last spring. There was no way we were going to get close enough to measure this her – but mature snappers rarely get bigger than 24 inches and he shell is approaching that length. How old do you think she is? 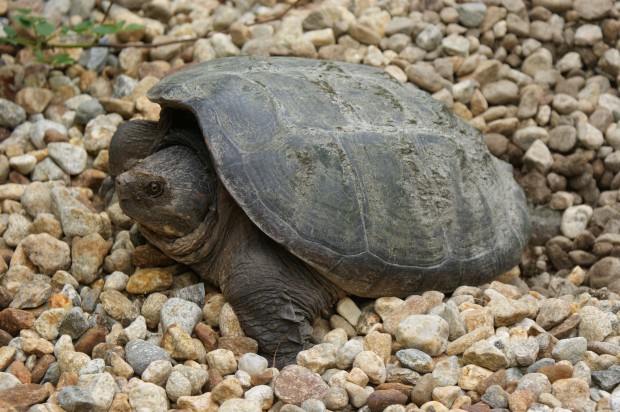