Backyard Wildlife: Beaver Tales – A New Kit and an Interloper 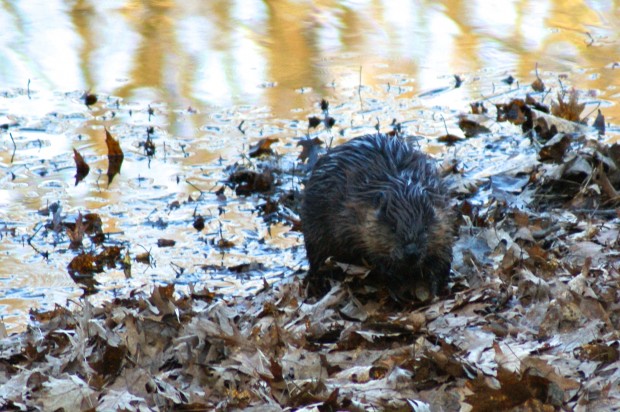 Last Thanksgiving, we wrote about a pair of beavers who moved in a built a lodge on our pond. Our research told us where there are two beavers in fall there are likely to be more come springtime, and we now have evidence of a third small beaver (baby beavers are called kits, just like foxes). The beavers tend to feed at dusk on our side of the pond, which makes for some fuzzy photos but after many tries standing very still in some very cold spring evenings we got a few – and a little drama as well. 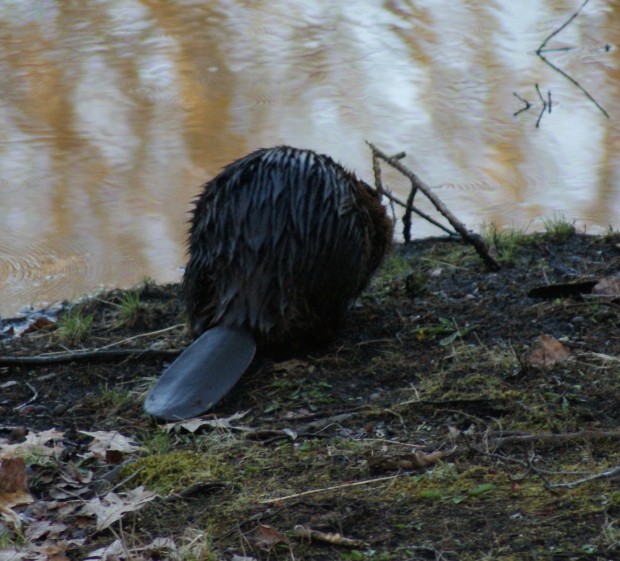 In recent weeks we’ve seen the adult male waddle up on shore frequently as the sun goes down. He’s dark, big and bold, noisily stripping the bark off tress and tromping through the leaves. As it gets darker the smaller, lighter brown female emerges in a more sheltered spot where there are tiny saplings and twigs protruding from the water. If the windows are open in the house, we can hear the male; we only know where the female is because she slaps her tail on the water as a warning if she spots us nearby. 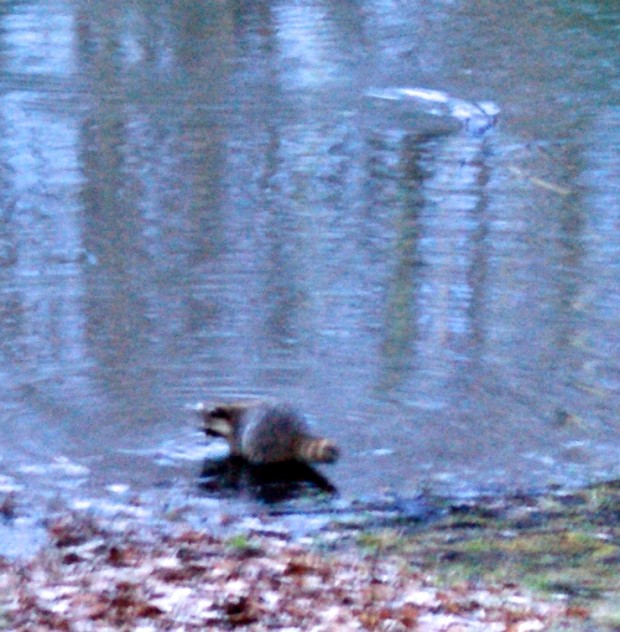 A few days ago as the sliver of a moon rose behind us we noticed two shapes slip into the water at the female’s feeding spot. Since it was too dark to get any photos that night, we kept the camera ready yesterday as we watched the male emerge from a pile of leaves and head into the water. We ran into the house to check on dinner and then noticed something moving near the shore that was not a beaver. A fox? No, a raccoon, the first we have seen in a very long time (in 20+ years we have only seen raccoons two times). And as he batted the water with a paw (looking for frogs, we think) ripples in the water signaled the fast approach of the male beaver. The beaver came straight for the raccoon, which bolted to the left. The beaver seemed satisfied, not even bothering to emerge from the water.

Around the corner to the right (and out of sight of the raccoon), in her usual spot, was the female, with a young one snuggled up next to her so that it was hard to distinguish between them.

We think there is only one kit, but two to five is a more common number of beaver offspring, and they stay with the parents for two years. We’ll know soon enough how many there really are – and whether our supply of trees will hold out!

Meanwhile the neighbors report that their empty fox den now houses a pair of groundhogs. It’s going to be a busy summer. 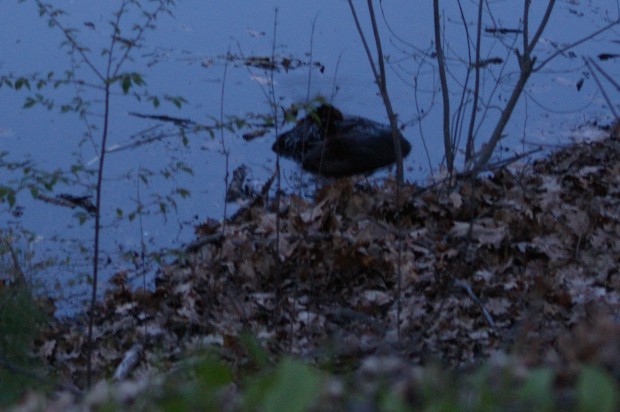 Mama and kit curled up and feeding together in the dusk.