About That Apple a Day Thing… 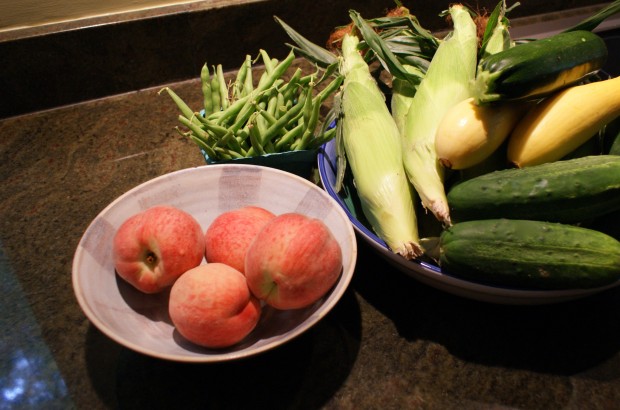 We are constantly bombarded with advice about health, exercise and eating. Not to pile on, but we couldn’t help but notice that all of these articles appeared within 48 hours of each other:

Bill Clinton Explains Why He Became a Vegan

The 11 Trillion Dollar Reward: Investing in Healthy Food Will Save Lives and Dollars

The former president angle is particularly interesting because President Bush has had a healthy lifestyle for many years, while President Clinton was once notorious for his appetite for junk food – he would do things like eat half a cake at one sitting (and the rest of it for breakfast the next day) or end his morning jog (Secret Service at his side) with a stop at McDonald’s. Yet both both former presidents are being treated for cardio vascular disease, though at very different levels – Clinton had major bypass surgery, while Bush underwent a small procedure to clear a blocked artery. So cardiovascular disease is not entirely preventable, even for those who make healthy choices. President Clinton’s more extreme habits caused enough trouble to lead him (with prompting from his daughter) to adopt a vegan diet, which excludes all animal-derived products, including dairy and eggs.

Most people probably don’t want to change their diet that drastically, but there is evidence that small changes can make a real impact over the course of a lifetime. Nobody likes a scold, but food expert Mark Bittman wrote an essay on the 11 Trillion Dollar Reward , a report from the Union of Concerned Scientists that explains how tiny changes make a big difference in personal health and the larger economy. One more serving a day of fresh fruits and vegetables is not only good for you, it will lead to lower health care costs and (ideally) new farm policies that encourage the growing of healthy foods will both save taxpayer money and make money for American farmers and businesses.

Why should we care, what should we do and what does this have to do with Taco Bell? A regular taco, even a Taco Bell Taco, has all of the food groups in it – protein, dairy, fresh vegetables and whole grains. A waffle taco has white flour and sugar, fatty meat, and eggs. No fruit, no vegetables and day’s worth of protein before lunch. The Trillion Dollar Reward report states that a sustained daily per person “one- serving increase in fruit and vegetable consumption would prevent 30,301 premature deaths annually” from cardiovascular disease. But even if you eat a waffle taco for breakfast, you can still improve your health if you include more fresh fruits and vegetables in your meals and snacks later in the day. Adding fresh food is just as important as removing junk. Meanwhile, from the farmers’ point of view, they are not going to grow those fruits and vegetables unless there is a demand for them – and we, as eaters, create that demand.

So go ahead, have that extra apple a day – or maybe a peach.