A Fish that “Walks” Comes to Australia

A real walking fish has come ashore in Australia, and it poses a threat to the country’s ecological systems.

The Anabas testudineus, or “climbing perch,” which is native to southeast Asia, has propagated across Indonesia and Papua New Guinea over the last 40 years. Last week, the fish was found in Australia’s two most northern outposts, The Torres Strait islands of Boigu and Saibai. Nathan Waltham, a senior researcher in wetland ecology at James Cook University describes the invasion as a “major disaster” for certain native Australian fish species and other wetland animals, including turtles and birds.

The climbing perch possesses lungs in addition to gills, which allows the fish to breathe air as well as water. Therefore, it can survive for up to six days on land — an unusual adaptation for survival and migration. A climbing perch flops ashore and drags itself using the sharp spines on the extendable cover of its gills to travel from one waterhole to another. And due to the climbing perch’s atypical respiratory system, it can survive in salt and fresh water. Watch the process in the video here.

Aside from the climbing perch’s ability to survive on land, its fleshy gills suffocate predators who attempt to eat it. When swallowed by larger predators, the fish swells up and blocks their throats so they choke or starve. Waltham has witnessed this with barramuni, catfish and even some aquatic birds in Papua New Guinea. “When they populate an area they’re not commonly found in,” Waltham warns, “they can disrupt the balance of that habitat.” 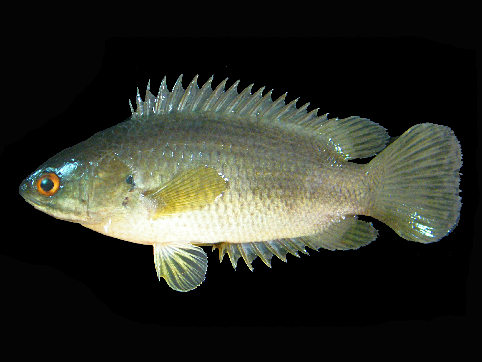 While it is unlikely that the fish could swim 100 miles south to the Australian northern coast, the fish could easily be transported by fishing boats or as a discarded live-bait fish. Researchers and rangers are monitoring the climbing perch closely, educating fishermen and locals. The climbing perch has been known to hibernate for six months in the mud of dried-up creek beds; thus, any invaders would be difficult to find and eradicate. 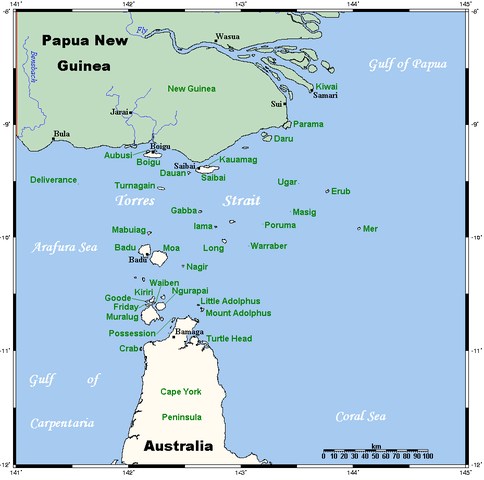 The fish was found in Australia’s two most northern outposts, The Torres Strait islands of Boigu and Saibai

How did this ten-inch fish evolve as the ultimate predator to the region? Invasive species have specific traits or specific combinations of traits that allow them to outcompete native species, which in the climbing perch’s case is possessing lungs that allow the fish to breathe air and ambulate. This adaptation was required for the competitive environment it evolved in, but in other ecological systems with different predators, the species can proliferate and take over quickly. Islands are especially vulnerable because they lack natural competitors and predators that control populations due to geographic isolation that limits immigration of new species. In addition, islands often have ecological niches that have not been filled, or “open” niches, because of the distance from colonizing populations.

The climbing perch’s unusual adaptation creates a resilient and threatening invasive species that can sneakily infiltrate and wreak havoc to Australia’s ecological balance.

The climbing perch’s ambulatory mechanism differs from the underwater creature in The Walking Fish, THL’s new book by Rachelle and Kopel Burk, but the case provides an interesting contrast and furthers the discussion of evolution.